In 1997 a life-changing, non-local encounter sparked my perplexed interest in quantum mechanics.
Through (what I can only describe as) guided study, I began to interpret connections between human and quantum behaviour, noticing significant improvements in my own 'self-management' capabilities, day to day! This seemed to come naturally as a direct result of understanding quantum principles and how they related to me...

Eager to learn more I attended numerous international Symposiums & Workshops on quantum physics, achieving notoriety among the scientific community for asking awkward questions and holding beliefs considered to be 'controversial'.
I discovered nevertheless that connections between human psychology and the nature of particle physics were not only valid, but potentially powerful enough to transform any individual or social dynamic with astounding results, so I wrote a Positivity Programme and earned a Distinction in Life Coaching on a two-year Diploma course.
My first corporate client was the steelworks company Corus (once British Steel, now Tata). The year was 2004 - social dynamics had moved on a bit but still there was no sign of quantum toothpaste or Brian Cox.  I'd never delivered a positivity programme before but was so certain of what I had to do that such a minor detail didn't matter.
We began with a workshop on Singularity and everything flowed from there.

Flow took the course to completion in June of that year. Three years later, the once-despaired-of Slitting Plant had earned itself 1,000 Days No Lost Time Injuries, an industry record. Thirty hardened men with very set ways had turned their worlds around by learning some basics of quantum mechanics. Due to the fact that quantum mechanics was virtually unheard of, I was careful to wrap the physics into digestible constructs, which wasn't very difficult to be honest - there are so many human correlations.

You won't find the remarkable record at Corus anywhere on your search engine. The acclaim lost itself in the annals of managerial misogyny. This, and subsequent experience, has taught me who to work with and who needs to walk away. Trusting that those who can take advantage of all this adventure has to offer will be those who find themselves here, we can get excited by the prospect of shared success and collective continuous improvement. You have to take ownership of self-awareness, alongside those who take this remarkable journey with you. Only then can everyone work effectively towards a common goal and identify collectively what that goal should look like, together drawing the map of how to get there. With the proven system I can give you, results will quickly speak up for themselves. 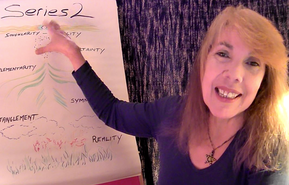 Quantumology is a thing of the future. Things of the past are wrapped in society's strange reluctance to break new ground, despite the brightest opportunities thrown in its path. Watching the story unfold from my point of view, a sea of people have gravitated towards this science with deep, undeniable knowing that it means something to them. They seems to have been drawn to the quantum field as Devil's Tower called the crowds in Close Encounters...

Despite hostilities from the halls of academia to keep outsiders at bay, the movement afoot threatens to coincide with New Physics - a bridge to be built that will transform the way we view life, and the way we live it.

Are you one of the forerunners? Do you believe, deep down, that a ground-breaking project of such promise can deliver proportional results? I've seen it happen, time after time. Time is a strange construct, yearning to be managed well just as positive harmonics yearn to be heard.
Talk to me if you agree.
Sure, we can talk... you sound interesting.
Or maybe you'd like to know more about the steps we'll be taking first
I want to know about the seven steps