Why the Science Matters... 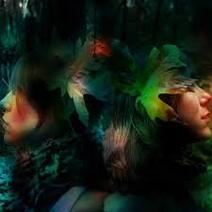 Welcome to my inner dimension. Here you'll find answers to some important questions. Like, what am I doing here?

You're here because you're looking for something that really, really matters to you. A way out of the unhappiness trap. You want to leave behind demoralised, demotivated days and sleepless nights. You want to put your company on an upward trajectory, blazing with profitability and staff retention. (Guess what? The people on the shop floor want this too!)

Far from wanting to be staying at home on Mondays, we want to look forward to coming in to work. People would much rather be constructive than be taking long breaks and umpteen days off; there are reasons why such expensive behaviours develop. Reasons that, once understood, translate into solid, real-time options that work for everyone. Then your teams begin to change their behaviour - because they want to.

Every one of us occupies a personal space in time - our 'spacetime' is as individual as the path of our lives.
A little bit of science goes a long way, so let's look at a couple of scientific facts.
(Remember, we call all the good stuff of life 'positive' and the bad stuff 'negative'.)

Electrons* are negatively charged, they form the outer shell of every atom, so when we touch anything, we're only touching electrons.

Positrons* are the electron's opposite number, positively charged. They don't live in this dimension, they live in the one next door; electrons won't let them stay here. That means they can't exist for long if they pop over, because an electron will jump up and annihilate them straight away.
But positrons are positive. Nothing, not even annihilation, will stop them from coming in.
​And annihilation produces energy. Lots of it.

Photons* are particles of light. They have an important part to play in the universal scheme of things.

Ever wondered why someone in a good mood is described as 'bright' or 'sunny'?
Nothing confines an electron. Have you ever wondered why negativity gets such a firm grip and positivity is (traditionally) so damn hard to maintain?

Enough particle physics. Now let's look at the steps to take in pursuit of that dream you're going to make a reality.
here are the seven steps
* Definitions courtesy of Margaret Rouse, editorial director of WhatIs.com ​​